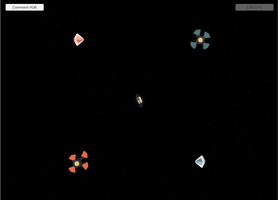 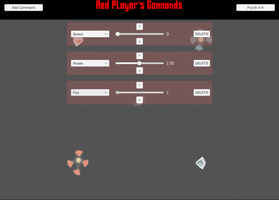 Just finished working on my third game-a-week game for my class. I really hope I can keep this momentum going even after we cross week 5! This week I built a simultaneous turn based local multiplayer game, much like Frozen Synapse, but barebones and simpler :P

This is fundamentally based on an earlier idea from my idea's list mashed with an unrealized idea from last year's GGJ. This took me a bit longer than I had anticipated and I spent under 30 hours making this prototype. Detailed instructions are on the description page as well as on the game's main page; please do spend some time with a friend to see if this was interesting and do leave a comment if it was! :)

What more could you have done?

I really wished I had more elements to interact with in the level/space itself. I also wish I had implemented proximity mines that could be dropped behind the player as they went along :3